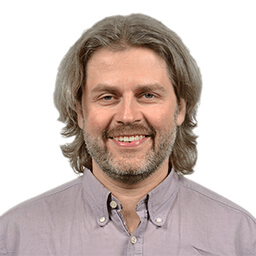 We tend to use a lot of code analysis tools to find out what’s bad with our code. But have you looked at your Git logs lately? Git commit logs contain a lot of analytical information. You can visualize and analyze your Git logs to see how the code has evolved over time.

Some time ago I talked about Git visualization and analysis at the DevTernity conference in Riga. In this presentation, I used Git commit logs from open source projects to reveal some new and meaningful (but also meaningless and funny) statistics about these projects and people contributing to them.

Analyze and Visualize Git Logs for Fun and Profit – Slides

I wanted to share with you a few reports I used as an example in my speech. You can also watch the presentation in the video above. I hope you’ll enjoy it. 😀

We often use different code metrics to estimate our code, for example:

All these metrics give us only the current status snapshot of the code. But the code is not static – it changes a lot.

Git commit logs hold all the change history – it’s a great source to learn trends and patterns about your projects. We can learn a lot if we analyze those commits and changes of code.

With eazyBI data analysis tool, you can analyze Git commit logs by time, author, file, file extension, time zone, weekday, or the hour of the day.

In the following examples, I’ll analyze git log from the Ruby on Rails repository.

Git log time-line reports showing repository code changes over time like commits, additions, and deletions, are probably the highest top-level overview reports you could have.

It’s a good idea to include additional stats like “Total number of lines” and “Changes per commit” to give the report a better context.

“Changes” would count each change regardless whether it’s an addition or deletion.

For example, at the birth of Rails, there was a lot of activity.

The next big wave of activity coincides with the great Rails 3 refactoring.

Funny that there are always some spikes of activity right before the annual RailsConf conference. Apparently, contributors want to show others something new.

We know that David Heinemeier Hansson has created Ruby on Rails. In 2004 he did all the coding by himself.

Starting from 2005 David finally let others contribute too. Because of this, his contributions diminished. He started to work less.

Then in 2011, David had a technical keynote in RailsConf. Apparently, he wanted to tell something new so he had to do a lot of coding again. You can see the whole story from just one contribution report.

Top Contributors and Their Role

We can analyze Git log to find current top contributors for the project.

It’s interesting that in 2015, top 10 contributors from a total of 620 were responsible for a half of the commits and changes in the project.

It means that 1.6% of all contributors were responsible for 50% of project contributions. It is a common phenomenon often called ”The vital few“, and it proves itself once again in this case.

As you can see in the table below, some contributors are creating more code, some are deleting code.

Data reflects authors style and approach to work – some like to add new functionality and code, but others like to contribute by refactoring and making the code cleaner and better.

Let's look closer at individual contributors to evaluate their working habits. If we look at the logs by the hour of the day, we can see when developers are working and how they organize their work.

For example, if we analyze Aaron Patterson, we can see that he is a very disciplined 9-to-5 developer.

If we contrast Aaron's schedule with the patterns of José Valim, you’ll notice that José is more all-over the place.

Apparently, José also likes to work on late nights, while still being able to start working at 8-9AM. We can also see that José tends to take a break around 5-6PM and around 8-9PM.

Most open source developers, like the rest of us, work during work hours, eat lunch at around 12PM and go home at 5-6PM. Later most of them go back their PCs for a late evening session. Sounds familiar?

If we look at the overall work pattern, it’s clear that both Aaron and José fit in nicely.

The beauty of open source projects is that developers work all days, including weekends. Commits on Saturdays and Sundays take a considerable chunk.

Most productive days regarding commits and changes are Tuesdays, while on Fridays developers are most likely to submit commits with smaller changes.

Because open source developers come from all around the world, from different countries and different time zones, commits come in 24/7.

A Complete Overview Of Your Git Commits

If you’re a software developer using Git, you might want to look at your Git commit logs from time to time – all the information is right there. Yet those plain-text logs with thousands or even tens of thousands of commits and lines aren’t useful.

With eazyBI you can analyze and visualize Git commit logs by time, author, file, file extension, time zone, weekday, or the hour of the day. This will give you a pretty good understanding of your project development trends: