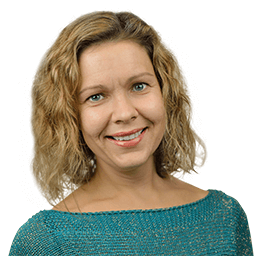 During the weekend of September 28th and 29th, eazyBI was represented in the Open Data Hackathon 2018 in Riga, Latvia organized by the Investment and Development Agency of Latvia (LIAA) and Latvian Open Technology Association (LATA).

During 24 hours, 75 participants in 11 teams were developing ideas based on the open data innovations in four areas:

In the event, eazyBI was represented as a prize sponsor while eazyBI team members actively participated in the hackathon as well:

The third place and the eazyBI award went to “piesien.lv” – an Android app and an online tool for finding existing and submitting new bicycle racks in the city. The project was based on the insight that during the recent year the usage of bicycles has increased by 40%, but no new bicycle racks have been installed in the city.

The second prize went to Comeback – a site where re-emigrants can find the best place to live. Those willing to come back to Latvia could make a thoughtful choice of a city to return to based on the criteria of available housing, infrastructure and social services. The app also has a further potential to also integrate job opportunities.

The main prize was taken by the CareQueue team who created a tool for a more effective kindergarten applications management in Riga city. The tool included a more effective document flow and up-to-date information about available private kindergartens and nanny services nearby applicant's home and work place.

The team plans to continue developing the solution and adjust it for the use in other cities. As admitted by the mentors this tool also might have a potential in other countries like Denmark, Norway, and Sweden where new parents face similar problems with kindergarten availability.

All of the ideas and tools created during the Hackathon event were using open data provided by Latvian Open Data portal and other Hackathon event supporters. According to European Commission calculations, the economical potential of Latvian open data applications reach up to 70 million Euros.

Open data creates a huge economical potential if used correctly. The hackathon format is a brilliant way to discover new information in a short time and a focused manner. This can provide solutions for complex problems that could facilitate governmental actions and could become a valuable socially-economical product.